My sleep wasn’t great. I searched for ways to make it better. I read articles and books. Changed out all my lights to bulbs that gave off no blue light. I developed a bedtime routine. Put my phone away an hour before bed. I even bought a sauna because supposedly that was amazing for inducing sleep.

What I didn’t do is deal with my drug problem. It wasn’t a drug bought from a dealer. It isn’t pills procured from the CVS on the corner. My drug of choice, the world’s most widely used psychoactive drug. can be legally purchased almost everywhere in the US, even by children. Known also as legal speed that drug is caffeine. 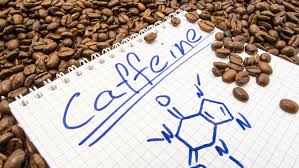 I’m being dramatic.  It’s not heroine or meth and if a drug is going to be widely abused it is far better to be something mild like caffeine. Caffeine though is a drug, there is no way around it. This doesn’t automatically mean that your latte is bad for you. It means we need to think about what we are putting in our bodies.  So let’s do that.

We are in the middle of what has been described as the largest uncontrolled drug trial in history. We love our coffee. Most people don’t however have a clue what that drug really does.

Caffeine in its raw form is a bitter white powder of plant alkaloids that has numerous acute effects on a wide range of physiological systems as well as mental states including mood and cognitive function. While present in various foods the main source of caffeine in the US is coffee, soda and energy drink the average American consuming over 165mg/day. Among adults, caffeine consumption rises to 200mg/day a day.

200mg is a rough estimate. Pinning down exact numbers is tricky as the numbers basically come from questionnaires . Even with accurate reporting of for example coffee consumption the caffeine levels may not be what is expected. University of Florida researchers analyzed a 16oz breakfast blend from Starbucks from the same shop in Gainesville, FL for 6 days. The caffeine content ranged from 259mg to 564mg. Remember this as we talk more about caffeine and you attempt to estimate your intake.

Caffeine is promoted as a performance aid. A pick me up. A way to stay alert and be productive in our non-stop world. Caffeine may do some of these things. Caffeine does appear to have the ability to reduce the feeling of wanting to sleep.

Adenosine, is a multifunctional chemical that exists in all cells of the body. In the brain it serves as a neurotransmitter that inhibits the normal functions of wakefulness. As the waking hours and minutes go by Adenosine builds and is correlated with, and thus thought to drive, sleep pressure, the feeling of needing sleep in the brain. Caffeine works by partially blocking the adenosine receptors in the brain and therefore relieving some of the  pressure. In theory the more you drink the more effective it is but there is a point at which sleep pressure is so high no amount of caffeine will help.

Or at least that is the idea. Most of this evidence comes from sleep deprivation studies where participants were kept up for long periods and then tested for things like alertness, cognitive function and unintended sleep bouts. There definitely appears to be a positive role for caffeine in these circumstances. There are two caveats to the ergogenic effect of caffeine however. 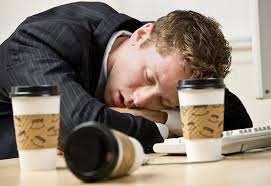 nd,  at least some researchers are unsure if the positive effects we are seeing aren’t just a reversal of withdrawal symptoms. Think about how you feel when you have to skip your morning coffee. That’s a small bit of withdrawal. Now massively sleep deprive yourself and skip caffeine completely. If you get your coffee will your performance improve because the coffee is truly an ergogenic aid or simply because you are no longer suffering from those withdrawal symptoms? Without studies, which haven’t really been done, on subjects that don’t consume caffeine it’s hard to say for certain.

The other issue with these studies is they are looking at short term sleep loss and short term caffeine consumption to boost it. Just because acute consumption is helpful doesn’t mean long term use will provide the same benefits.

Even if we find that in the short term a cup of joe is a true performance enhancer we are still in the dark as to the long-term effects of caffeine. The temptation is to take acute results and apply them to the everyday, the chronic. This though we cannot do. The acute and chronic effects may be completely different. We need a different, much more complicated, group of studies to help answer the question. Unfortunately, studies on chronic caffeine consumption are very limited at this point.

There are a few though and thankfully those studies generally look at the effects of caffeine on sleep.   The results of those studies are not good for coffee lovers.

Perhaps the most interesting evidence comes from mouse studies in which the chronic consumption of caffeine was compared to control mice who were kept caffeine free. While caffeine is used to combat sleep, and it seems to work acutely, chronic consumption appears to be a different.  Mice actually have the opposite reaction in chronic conditions with increases in sleep pressure.

Look around. So many of us our tired all the time. People are yawning and tired all day every day. It’s likely that there are multiple reasons for this societal level fatigue but caffeine may contribute a significant part.

Caffeine and its effect on sleep

It is possible that chronic caffeine directly causes increase sleep pressure. It is also possible that the increased sleepiness is a result of the effect sleep has on sleep. Looking at the acute effect of caffeine it isn’t a big jump to say that the chronic effects on sleep could be solely responsible for this increase.

Taking in caffeine before 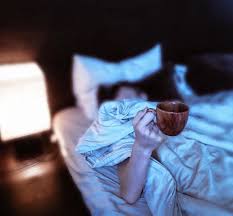 bedtime can have deleterious effects on sleep.  A study in Scotland back in 1974 showed exactly that.  Participants were given either 300mg of caffeine (in decaf coffee), decaf coffee or no drink. The nights where the subjects received the 300mg of caffeine also saw 2 hours less sleep. The caffeine drinker woke up more and stayed awake longer than the other two groups.

Caffeine seems to have multiple affects on  parts of sleep. Java alters slow wave brain activity in NREM sleep and increases sleep disturbances. While your sleep is disturbed it may also be shortened by that daily espresso by increasing the time it takes to fall asleep as well  as lengthening the circadian period by about 40 minutes. It doesn’t stop there,  caffeine decreases the production of melatonin, the key hormone in synchronizing sleep.

This seems like common knowledge and no one thinks pounding coffee before bed is a good idea. It’s included here for two reasons. First, this sleep pattern of waking up and having trouble going back to sleep is very common. This should make those of you complaining of problems sleeping pay attention.

They also don’t know how close to bedtime is too close to have a little coffee. One study administered caffeine 0,3, and 6 hours before bed. Even the 6 hour time frame was not enough time to avoid sleep disturbances. The resulting headlines and recommendations proclaimed that proper sleep hygiene means avoiding caffeine at least 6 hours before bed. That’s a logical error. The study says 6 hours was still a problem. We need more than 6.  Maybe 7 is reasonable without more evidence we simply can’t say for sure.

One way to answer this may be to look at the clearance of caffeine from the body.  It is estimated that the mean half-life of caffeine in plasma is 5 hours. This means that an average person who had a grandee latte at 3pm for a little afternoon pick up would, at 8pm, still have 75mg of caffeine floating around your system. Depending on bed time you might be closer to a couple of cups of decaf. That may be ok and might support a seven-hour caffeine free window.

Unfortunately, it is not as simple as it sounds. This is a case where average doesn’t tell the whole story. It turns out that the clearance of caffeine is highly variable from person to person. 5 hours is average but most people are not average. Range is important

Caffeine half-life in plasma can range from 1.5 to 9.5 hours and different external conditions and factors can change that rate in the same person. That means if you are toward the slow end one cup of coffee in the morning would still be with you at bed time. And that’s one cup. The average American consumes more than one cup’s worth of caffeine each and every day.

While we can’t know for sure who is a fast and a slow metabolizer of java having trouble falling asleep or staying asleep it might be worth an assumption.  If you wake up after great sleep feeling refreshed caffeine probably isn’t affecting your sleep but you should probably ask yourself why you need caffeine if you aren’t tired.

Most of the studies in this post  ignore the possible, non-sleep, health issues associated with caffeine consumption. We are going to as well. In part because it would be a really long post if we tried to dissect all of the possible issues with caffeine. Also, if caffeine alters sleeps it could be the alteration of sleep causing these health problems. Seriously google sleep and just about any chronic disease. Sleep is critical.

Should I have caffeine?

I almost never tell people not to have something ever. There is a time and place for the occasional ice cream and Pizza and even a latte. The problem is chronic consumption. We should be aiming to live a healthy life that doesn’t require daily stimulant use to thrive. Remember if you are exhausted everyday it could be the caffeine so what you think you need to survive is actually making it worse.

Instead save the caffeine for when you truly need it. When you flew in on that late flight and still have to function in 4 hours. Then it will be effective and actually help you stay awake. Don’t hit the stimulant on a daily basis. Think of it as a break glass in case of emergency tool.